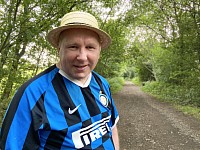 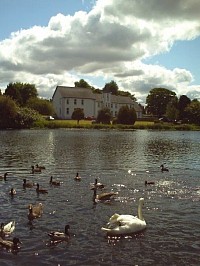 Cottage Hospital in Ballymena where I was born.

This Blog Page is about me Harold Harkin.i was born 8th August 1970 in Cottage Hospital in Ballymena, in County Antrim, Northern Ireland.

I was born to Mr James Harkin and Mrs Henrietta Harkin we lived in Cullybackey for the first 4 years of my life.

Then we moved to Aghacully Rd in Braid Valley near Broughshane.

i have 4 brothers 3 sisters.

i went to Hazelbank School in Braid Valley but it got burned down so had attend an different school.

Went to rocavan school in Braid Valley for about 7 years but I was held back in school for 2 years as I was slow learner. 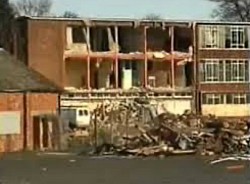 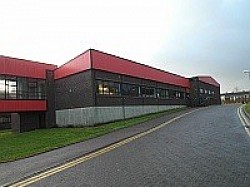 i enjoyed it so much and worked hard. I got an shield for achievement for 2 years when I was in 3rd year and 4th Year.

i attend Farm Lodge for 2 years from 4th year to 5th year. Then done construction and engineering exams.

Passed 9 exams and got 7 credits.

Then left to go to Galgorm Training Centre done Bricklaying and Plastering and Carpentry. Then left after 6 months as never passed the exams.

Went to Ballymena 7 towers Workshop learning bricklaying, joinery and painting and decorating but then I was given opportunity to go on work experience to an building company called Graham’s from Dromore so I went for it, the firm were looking for labourers to clean homes so I done it me and an friend I worked hard the boss was impressed he give me an job, my wages jumped from £30 an week to about £70 an week I made many friends.

it was local job in Ballymena but when near finished I was transferred to an new site near Belfast I get lift by my new boss with same company.

Work at this building site outside of Belfast for about 6 months was hard work then was transferred to new site at Rathcoole estate with my old boss I was in charge of the keys had open up in mornings and the containers with stock.

i really enjoyed it was here for about 1 year then was paid off. 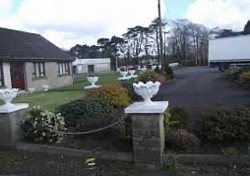 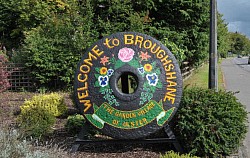 Stone Wheel Welcoming Vistors to Broughshane in Garden of O’Kane Hatchery in Broughshane.

Started working at O’Kane Hatchery around 1992 was here for about 10 years on and off.

i was working at washing trays from which the eggs were put and then the chicks born need washing me and an friend done it.

Then after finishing it had to transfer eggs from setters incubators to hatchers the eggs had to be transferred done about 100,000 eggs in an day.

on Wednesday would be cleaning day. Really enjoyed it here.

but after few years I took sick and had give work up.

Hi my Sporting Life started in around when I was 13 I was at Ballymena High School and my class had PE at Ballymena Leisure Centre across the road from school now we had do swimming but I never liked it so got note from parents to miss it so then there other sports we could play and I like snooker and short-mat bowling. I was not bad at both of them.

Now I play them for coupe of years at school.

Then when I left school when I was around 16 to 17 I was playing snooker with my brother in a club called Minnesota Snooker Club in Bridge Street in Ballymena.

Now when I was playing there was an member of the club watching me play and when was leaving he asked me if I like to play for his team he was forming. I said yes so he told me all about it so he got 5 other members to form an team to play in the 4th division in Ballymena Snooker League. So come the start of the league I was never out but I played my first game and I won so was glad you only play one frame games so 6 members play one frame on 2 full size snooker tables. Our team won the first match so we play home and away games we had an good team and we won many games that season to get promoted to 3rd division.

At the same time I joined an local bowls club in Buckna B Team they had 2 teams Buckna A and B and so I play bowls and snooker at same time playing an snooker match first then getting my dad to drive me to Buckna Church Hall to play an bowls match for second half of bowls match.

I enjoyed it was doing well at both sports.

Now then at bowls used have an bowls partner we play tournaments at first we did not do well but we got better and started doing well.

In an bowls tournament you had to win about 5 matches our more to get through to finals nights where you get prizes. Over the years me and my bowls partner would get through some tournaments we win nice prizes like ornaments and Crystal Bowls and etc.

We were hard to beat and we beat some good bowls players.

We travel far to some tournaments around Northern Ireland.

Now with me playing both sports and working I was under an lot of pressure and it effected my Heath so I had give up the snooker and I kept playing bowls but then it started to suffer so had give it up the bowls as well.

That was around 1997 I started suffer panic attacks.

So I give up all sports.

That is my sporting life.

Made with SimDif
Harold Harkin